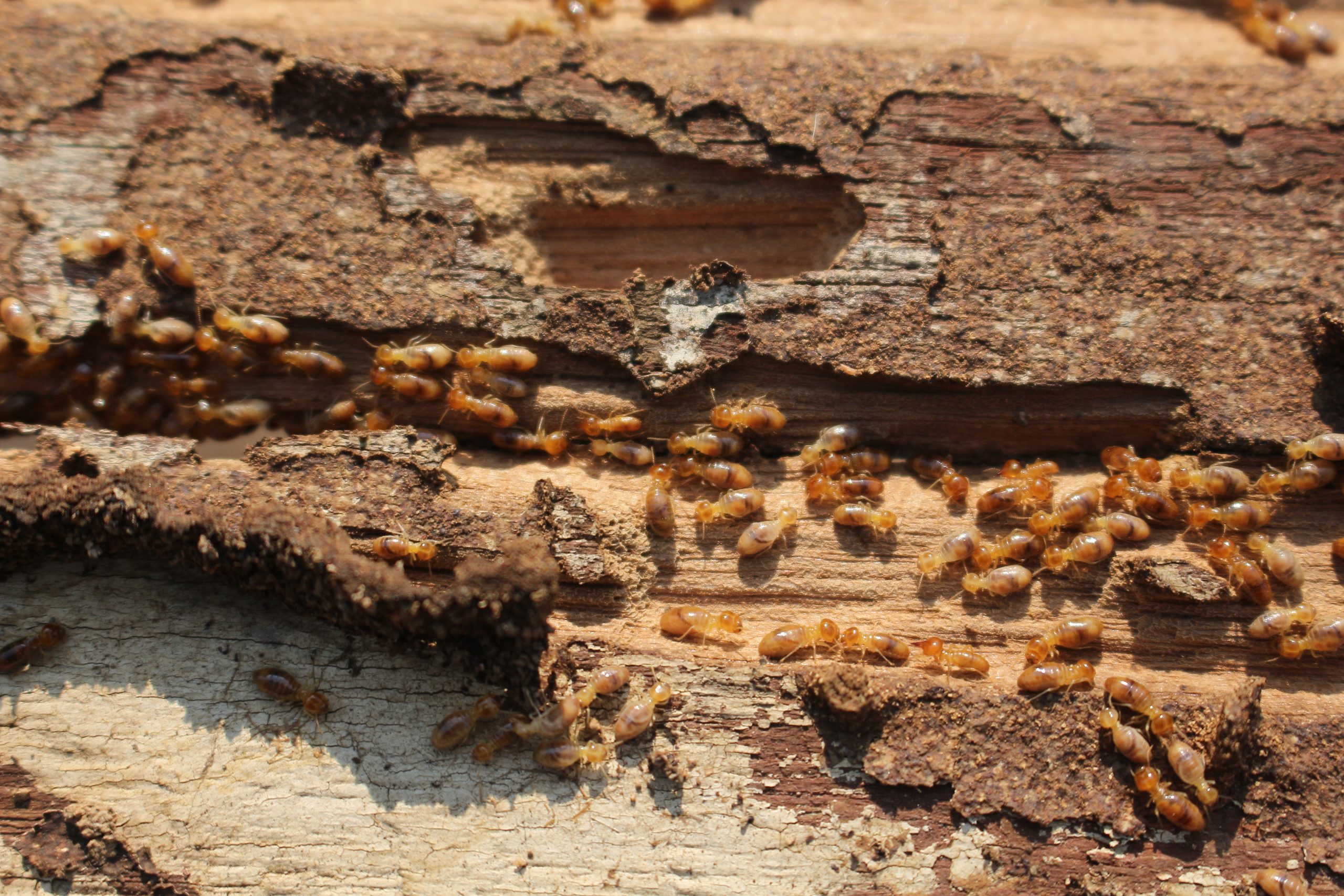 When I was in college I returned home to visit my parents in southeastern Idaho. While visiting I learned that they recently learned they had termites doing damage to their house and had just gotten them treated. Luckily, they were able to catch the problem before significant damage was done to their home. They did have to make some minor repairs, but insignificant compared to the damage that could have occurred had the problem continued undetected.

Up until that point, I had no idea that termites were found in Idaho. That may sound funny since I was in college, but I always thought they were found mostly in the southern United States and that we didn’t need to worry about them here.

Idaho Falls in the Slight-Moderate zone with states such as California, Florida, etc. falling in the “Very Heavy” zone. To view the map, click here.

One difference between Subterranean termites and the other varieties is that they live in colonies underground. They feed on cellulose found in wood and other material such as carpet. They are also known for building mud tubes to transport food back to their colony. These mud tubes are about the width of a pencil and are necessary to help the termites keep a moist environment.

Termites are often able to cause damage without being noticed because they are frequently misidentified as flying ants. Termites have a straight waist and antennae and both of their sets of wings are the same size. Flying ants on the other hand have waists that are pinched in the middle, and one of their sets of wings are larger than the other set.

If you think you may have termites, here are some signs to look for:

It takes time for a termite colony to become mature and create significant damage. The colony matures in 3-5 years and it can be up to eight years for the damage to become obvious enough that the homeowner will notice. At this point the damage is extensive and very costly. For this reason it is a good idea to regularly check for termites and take the following cautions to prevent them.

How to Prevent a Termite Infestation

If you think you may have a problem with termites, we have technicians professionally licensed with the Idaho State Department of Agriculture who are able to identify and treat structural destroying pests, such as termites. We are also able to perform termite inspections required by some lenders in order to process a home loan. If you have any questions, feel free to give us a call! We would love to help and can have you visit with one of our licensed technicians. To learn more about other pests we control in Idaho click here.

Why are there Brown Spots in my Lawn?